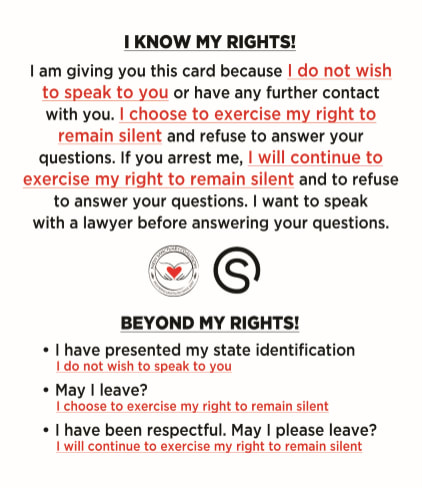 ​Statement in response to the shooting at Santa Fe High School

After Sandy Hook Elementary School, after Marjory Douglas Stoneman High School, this.  Another school shooting, another eight students and two teachers murdered by another teenager.

I mourn the loss of life.  I mourn the future without these ten in it.  I mourn for the grief of their parents and families; their classmates and their families; the remaining teachers and staff.  I think of the First Responders and bless them for their compassion.

Underneath my grief is anger.  Anger that this happened.  Again.   Anger that school shootings keep happening and that students in schools across our country are waiting for and expecting a shooting,  which is an act of terror, to happen in their school.

I believe that fewer and licensed firearms are part of the solution to this plague that afflicts our country.   I consider that the NRA, the President, and Congress are the ones directly responsible for the murder of ten more students in their school.    The NRA because of its ideology of blind obsession with the promotion and proliferation of deadly weapons; Congress and the President because they are failing to fulfill their Constitutional duty to establish justice and insure domestic tranquility and act to ensure the safety of our citizens.

Currently, my position is that the National Rifle Association and its thralls in the Administration and Congress are the ones responsible for this shooting.   I consider that the NRA, because of its ideology and actions, is the biggest sponsor of acts of terror in this country.   The NRA has put the second amendment above the lives of our children and neither the Administration nor Congress has had the integrity or the courage to stand up to them, fix the issue and stop the carnage.

The price of their inaction is the murder of children, a failure to ensure public safety, and the endorsement of the position that dead and wounded children, the grief of their parents, friends, and communities, is less important than the ability to acquire more guns – which were the means used to kill eight more students and two more teachers in the lastest school shooting in our country.

Our priorities need to change and the madness has to stop.

I call on you to call or write our elected officials to ask that they work to change our priorities on guns and acts of terror in our country.

I invite you to consider the work of Everytown for gun safety:  https://everytown.org

Response to President Trump's January 11, 2018 comments about Haiti and Africa

I am writing on this day that commemorates Dr. Martin Luther King, Jr. and as a priest in the Episcopal Church to say that your comments about Haiti and Africa last Thursday, January 11, are racist, offensive, and beneath the dignity of your office.

Your remarks, widely reported around the world and undenied at the time by you or your office, have brought dishonor on the United States and further eroded our country’s reputation.

Yesterday, in preparation for my sermon, I re-read Dr. King’s “Letter from a Birmingham Jail”.   In it, he writes “Injustice anywhere is a threat to justice everywhere.“  Your words about Haiti and Africa have done an injustice to their people, and by extension to people of color everywhere.  I commend Dr. King’s letter to you and ask that you read it.

You grew up in Queens.  Ellis Island and the Statue of Liberty with Emma Lazarus’ poem are not too far away.  Millions of immigrants saw the Statue as they came to this country, which offered them the chance for a better life.  Your words are inconsistent with the value and the pride that our country places in welcoming the stranger.

Your words are contemptuous and they dismiss the millions who were brought to our country involuntarily as slaves.  Conditions were brutal, families were broken up, and their descendents were and still are systematically discriminated against with regard to education, housing, and the right to vote.

You will understand that as a priest serving a congregation with members of African American descent and people from Haiti, I cannot ignore your words.  To do so would make me complicit in your racism.  Instead, I call your attention to two questions in the Baptismal Covenant of the Episcopal Church that we live into as part of our faith:  “Will you seek and serve Christ in all persons, loving your neighbor as your self?” and “Will you strive for justice and peace among all peoples, respecting the dignity of every human being?”

These principles, in some form or other, guide all people of faith and contribute to our understanding that all human beings, no matter what we look like or where we come from, are formed in the image of God and worthy of respect.  Your words on Thursday do not meet this standard.   As priest and citizen of our country, I call on you to repudiate them, apologize to the people of Haiti and Africa, and to remember that your words and actions are held to the higher standards of your office.

Sayfullo Saipov’s attack should not have come as a surprise.  We live in a world in which some people’s objectification of others allow them to hate those different from themselves and to perpetrate acts of violence and destruction.   Saipov’s killings are the latest in a strand that includes white supremacists in Charlottesville, the bomb in our own Chelsea, and Stephen Paddock’s shooting rampage in Las Vegas.

The ideology of hatred, violence, and destruction cannot stand.   And it never triumphs in the end.  One can bristle, become defensive, fight it with increased weaponry, and develop a counter-ideology to combat hatred; sadly, this approach only reinforces and gives credibility to the original ideology.

A more enlightened approach, and one that differentiates us from those who hate, is to take away the causes and reasons for hatred and to live out our values of tolerance, appreciation of difference, compassion, love of neighbor, and the ability to see ourselves in the other.

This is where Christianity and the other faiths come in.  We do not live in a cocoon of padded and insulated sentimentality of ‘love’ and ‘goodness’ populated only by ourselves and those like us.  We live in the world where angry young men become radicalized and kill people, where concertgoers are relentlessly mowed down by gunfire, and where white supremacists seek to intimidate through violence and murder.

We see all this.  And we know it is not the way of God.  We see the goodness of the stranger who stops to help.  The decency of most people.  And we try to live lives that are meaningful and good, seeking Christ in all persons and respecting the dignity of every human being.

This is the difference and why Christianity matters:  we do not accept that hatred, violence, murder and destruction are God’s will for God’s people.  Our belief is centered in a man who gave His life for others so that “all may have life, and have it abundantly”.  The life-giving action of God’s Son for the benefit of others is what we affirm and what we aspire to live into.

Now, perhaps with more urgency, is the time for us to proclaim and live our faith, our values of love, respect for the dignity of others, to see God in each other, and to provide a meaningful alternative that does not ignore hatred but acknowledges its existence, and work to take away the root causes of hatred and fear.

With regard to the violence in Charlottesville Virginia on August 11 and 12, 2017:

St. Peter’s Episcopal Church, Chelsea utterly condemns the violence and intimidation sought and inflicted by white supremacists in Charlottesville Virginia on August 11 and 12 of this year.  Further, St. Peter’s Church condemns the underlying hatred of the so-called alt-right movement; its dehumanization of people of color; its contempt for those who disagree with them, and its attempt to assert power through intimidation by openly bearing arms.

The image of white supremacists holding a torchlit procession through the University of Virginia evokes images of the Klu Klux Klan in our country and of Fascists in Nazi Germany.   The intentional use of a vehicle to kill and maim is a tactic used by terrorists who seek to impose their ideology on others.  We find these actions of the alt-right movement to be morally bankrupt and hold that their ideology of violence and oppression has no place in the United States in 2017.

Theirs is an ideology that has proved unsustainable over time.  While some in the alt-right may identify themselves as ‘Christian’, we do not recognize the privileging of one ethnic group over others as being consistent with the teaching of Jesus, who welcomed – and died for - all people.

Sadly, neither the wider Church nor St. Peter’s is without sin with regard to racism.   With work and a deeper understanding of our faith over the last 186 years, we emphatically state that white supremacy flies in the face of our country’s ideals and directly contradicts the Baptismal Covenant of the Episcopal Church.

We have covenanted with God to strive for justice and peace among all people and to respect the dignity of every human being.

St. Peter’s will keep its promise.  We will continue respect the dignity of every human being and we will continue to be a place where all are welcome and where all are one in Christ.  We call upon our elected officials, including President Trump, to address both the alt-right’s demonstration of hatred and the underlying causes that produced the violence and murder that took place in Charlottesville this weekend.

The Clergy, Wardens, and Vestry of St. Peter’s Church, Chelsea